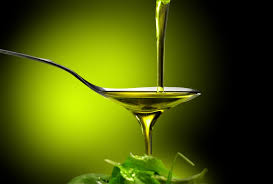 What is the Entourage Effect

An article by Perry Soloman, Chief Medical Officer of HelloMD 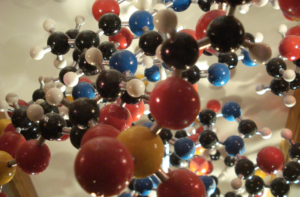 While medical researchers have identified more than 480 components in cannabis, including 66 compounds unique to the plant, scientists have yet to determine exactly how these chemical components work together to produce different reactions. One concept, termed the “entourage effect,” theorizes that some cannabis compounds, which have no effect in isolation, affect the human body only when combined with other components.

Synergy vs. the Entourage Effect

Before the entourage effect gained prominence in medical circles, many researchers discussed the effect of synergy in herbal medicines and dietary supplements. For components within an herbal medicine to achieve synergy, the effects of two or more components must become magnified when combined. Synergisms also explain why vitamins in isolation are less beneficial than eating fruits and vegetables that contain a wide variety of vitamins and antioxidants.

Researchers believe that the entourage effect explains why cannabis can be so effective when treating certain conditions while synthetic formulations of only THC or CBD medications may only achieve limited success in some patients. Evidence suggests that although certain cannabinoids may appear to be inert, they may produce tangible benefits when mixed with other compounds.

When patients reported that cannabis consumption eased the weight loss caused by AIDS or the adverse affects of chemotherapy, medical researchers analyzed the plant to determine what caused these benefits. Research credited the cannabinoid THC for these benefits, so pharmaceutical companies isolated the THC to create drugs to address AIDs and chemotherapy symptoms. However, patients who used these THC-only drugs reported greater psychotropic side effects when compared to ingesting cannabis.

Further research into cannabis uncovered that the cannabinoid CBD, blended with other cannabinoids, reduced the hallucinatory effects of THC. Therefore, THC-only drugs eliminated the benefit of the rest of the cannabinoids. The Israeli chemist Raphael Mechoulam named this observed phenomenon the entourage effect.

Pharmaceutical companies used the concept of the entourage effect to reformulate their THC-only medications to include an equal measurement of CBD. The resulting formulations achieved a greater therapeutic benefit while reducing the adverse reactions of THC-only medications.

The entourage effect also impacts the work of scientists who want to breed certain strains of cannabis to treat specific health problems. Breeding these cannabis strains to increase specific cannabinoids that may treat common ailments may result in new plants that can better treat patients with fewer side effects. However, such new strains also may create an imbalance within the different cannabis compounds that eliminate known benefits.

For people who have observed or experienced the entourage effect in cannabis, it may be difficult to understand why some doctors hesitate to recommend botanical cannabis use and prefer medications with only THC or CBD cannabinoids. Many medical professionals prefer to prescribe a single compound used to treat a specific problem, disease or ailment because Western medical philosophy endorses this type of isolated-treatment medicine. While this approach may unintentionally eliminate the entourage effect of cannabis, doctors support this philosophy because it also serves to minimize adverse side effects.

However, to effectively use botanical cannabis, some researchers argue that doctors should reject the idea of creating a single potent drug to treat an isolated problem. Instead, these researchers believe that doctors should return to a philosophy of treating multiple possible problems with a low dosage of a single, wide-range medication. These scientists, including noted cannabis researcher Vincenzo Di Marzo, also believe that some cancers and other diseases may come from an imbalance of some natural systems within the human body.

This concept of poly-pharmacology remains in practice in traditional Chinese medicine. Instead of using a single herb to treat a specific problem, practitioners prescribe a combination of herbs called herbal formulas. The combinations of these herbs, some of which may have no discernible benefit on their own, are well-known to have many benefits from numerous past studies. Experts carefully combine the herbs to create the necessary treatment for a combination of related health problems.

Known Instances of the Entourage Effect in Cannabis

While the effect of CBD on THC is the most notable illustration of the entourage effect, research also indicates that cannabinoids and terpenes may also combine to achieve greater therapeutic advantages. Studies indicate that certain terpenes may impact the blood-brain barrier, which may explain why certain cannabinoids have greater efficacy when they do not operate in isolation.

In the whole-plant cannabis versus synthetic-cannabis medication debate, all researchers agree that the entourage effect is still not a concept that they fully understand. Further research into exactly how THC, CBD and other important cannabis compounds work will allow scientists to make better recommendations for how to use cannabis compounds to treat various diseases and ailments. With nearly 500 different cannabis components to explore, the field of whole-plant and synthetic-cannabinoid medications is wide open for new and exciting developments.

We use cookies on our website to give you the most relevant experience by remembering your preferences and repeat visits. By clicking “Accept”, you consent to the use of ALL the cookies.
Cookie settingsACCEPT
Manage consent

This website uses cookies to improve your experience while you navigate through the website. Out of these, the cookies that are categorized as necessary are stored on your browser as they are essential for the working of basic functionalities of the website. We also use third-party cookies that help us analyze and understand how you use this website. These cookies will be stored in your browser only with your consent. You also have the option to opt-out of these cookies. But opting out of some of these cookies may affect your browsing experience.
Necessary Always Enabled
Necessary cookies are absolutely essential for the website to function properly. This category only includes cookies that ensures basic functionalities and security features of the website. These cookies do not store any personal information.
Non-necessary
Any cookies that may not be particularly necessary for the website to function and is used specifically to collect user personal data via analytics, ads, other embedded contents are termed as non-necessary cookies. It is mandatory to procure user consent prior to running these cookies on your website.
SAVE & ACCEPT
X